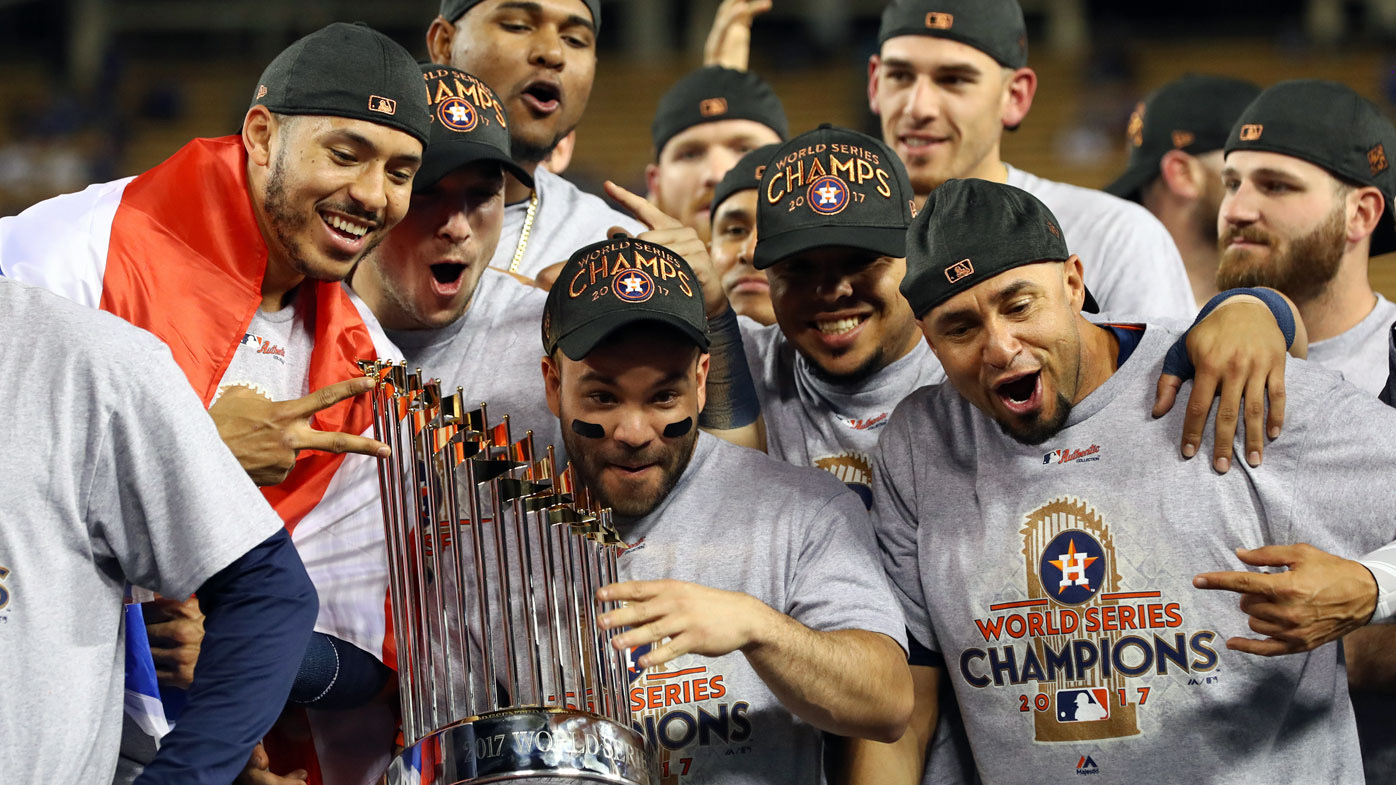 For years other major league baseball teams had their suspicions about the Houston Astros possibly cheating. Who can blame them? They are a great team and even won the World Series in 2017. But did they do some dirty stuff to get that win? Or did they win it fair and square?

Sign stealing is something that has long been part of the game of baseball and is not inherently against the organization’s rules. In 2017, The New York Times even wrote that sign stealing was “something of an art form in baseball” which “is tolerated, even admired” However, the MLB has frowned upon the use of growing technology to steal said signs for many, many years; how does that even make any sense? In 1961, yes almost 60 years ago the use on “mechanical devices” for sign stealing was actually prohibited.

In 2001 as technology started to enhance the MLB added a memorandum that electronics could not be used to steal signs. So, I guess if you do want to steal signs you have to go about it the old fashion way, with a spy, pens, and some paper. In 2014 the MLB saw an expansion of replay review, in order to do these cameras were installed in each stadium and ran a live feed. The teams were allowed to use said cameras to communicate from the dugout to staffers in the office. But surprise, surprise the organization found out that the teams might have been using these cameras for other purposes including sign stealing. In 2018 certain league officials were dedicated to sit in the rooms with the replay cameras anytime a game was in progress.

Now we are going to jump back a year. In September 2017, after the Boston Red Sox were caught using a smartwatch to try to steal signs, Commissioner of Baseball Rob Manfred issued a memo to all 30 teams stating that any future incidents of electronic sign stealing “will be subject to more serious sanctions, including the possible loss of draft picks”. You think this would have deterred any team from wanting to cheat. Just kidding! During the 2017 season the Houston Astros finished first in the American League (AL) with a record of 101-61. The Astros would go on to beat the Los Angeles Dodgers to capture their first ever World Series title. In 2019 the Astors would face off against the Washington Nationals in the finals but would walk away without a second WS title.

In 2019 the Astros would find themselves in the middle of a major scandal. And I do mean BIGGGGGG! Many LA Dodgers players would come forward and say they suspected that the Astros has been stealing signs throughout their 2017 World Series run. Andrew Friedman, the President of Baseball Operations for the Dodgers, would support his players by stating that “there was just a lot of speculation at the time about it”. More teams would begin to come forward and speak out against the Houston Astros starting with the Cleveland Indians. The Indians would say that they caught an Astros employee taking pictures of their dugout during the 2018 AL division series. The New York Yankees would go on and ask the organization to investigate possible activity of sign stealing during game one of the 2019 AL Championship series. But after completing the investigation the MLB would go on to say that they found no wrong doing on the Astros end. Astros manager A. J. Hinch would end mocking the Yankees for the accusation, saying: “it made me laugh because it’s ridiculous. And had I known that it would take something like that to set off the Yankees or any other team, we would have practiced it in spring training.” Usually when you say something like that you are guilty of doing whatever you were accused of in the first place. I’m just saying.

Before the 2019 World Series, baseball executive Joe Torre and other MLB officials had an unusual pre-series meeting with the GMs and managers of both contending teams to warn them against using cameras on the dugouts or catchers or using electronics in the dugout. Multiple Nationals players were also contacted by different sources telling them to keep an eye out for the Astros sneaky ways. In response to the warnings the Nationals developed a complex system of mixing signs to thwart any attempts to steal signs by the Astros in the 2019 World Series finals. On November 12, 2019 “The Athletic” would publish an article giving details of the accusations brought against the Astros for the time. In this article Mike Fiers, a pitcher who played for the Astros in 2017, stated that a center-field camera feed was sent to the tunnel behind the Astros dugout. And that an Astros player or staff member then hit a trash can to signal specific different pitches to the batter at home plate. Shame, shame, shame, shame on you.

Jeff Luhnow, the general manager of the Astros, decided that the best decision was to cooperate and suck up to the MLB higher ups, stating that the Astros organization was “going to look into the allegations in cooperation with Major League Baseball”. The scandal really exploded when YouTuber Jimmy “Jomboy” O’Brien leaked clips from the Astros live feed camera on his channel. For the first time the public was seeing solid evidence of the Astros sign stealing and baseball fans were PISSED. In a subsequent report from “The Athletic” a 2017 e-mail sent from Manfried that asked Astros scouts to use cameras to help the team steal signs. Strike two my friends!

An article published by the “Washinton Post” in February of 2020 claimed that the Houston Astros sole signs from 10 to 20 teams over the years. When the investigation came to a close (on January 13, 2020) Robert Manfred held a press conference sharing that the results did indeed confirm that the Astros had used technology to steal signs during the 2017 regular and post season, as well as during parts of the 2018 season. The Astros were given the maximum fine of five million dollars and were forced to forfeit their first- and second-round draft picks in 2020 and 2021. In addition, Luhnow and Hinch were each suspended for the entire 2020 season, including the playoffs. Just hours after this announcement was made Astros owner Jim Crane fired both Luhnow and Hinch.

On January 14, 2020 Red Sox manager Alex Cora who was the Astros bench coach in 2017 resigned as part of his involvement in the scandal. On January 16, 2020 New York Mets manager Carlos Beltran who played for the Astros in 2017 also parted ways with the MLB. In January of this year many fans as well as the Los Angeles City Council called for the Astros to be stripped of their 2017 World Series title. An Astros fan named Tony Adams published data that he collected from watching 58 Astros home games from the 2017 season and listening for banging noises. He found evidence of the trash can banging on 1,143 of 8,274 pitches thrown to Astros hitters, hearing the most instances of banging during the at bats of Marwin González Springer, Beltrán, and Bregman, that is serious fan dedication right there.

As of today, the Houston Astros have not officially been stripped of their 2017 World Series title. However, what should be something that is celebrated in baseball history (since it was their first WS win) will forever be tarnished. For years to come fans of the game will pass down stories to the next generation about this scandal. I guess it is true what they say, cheaters never prosper.